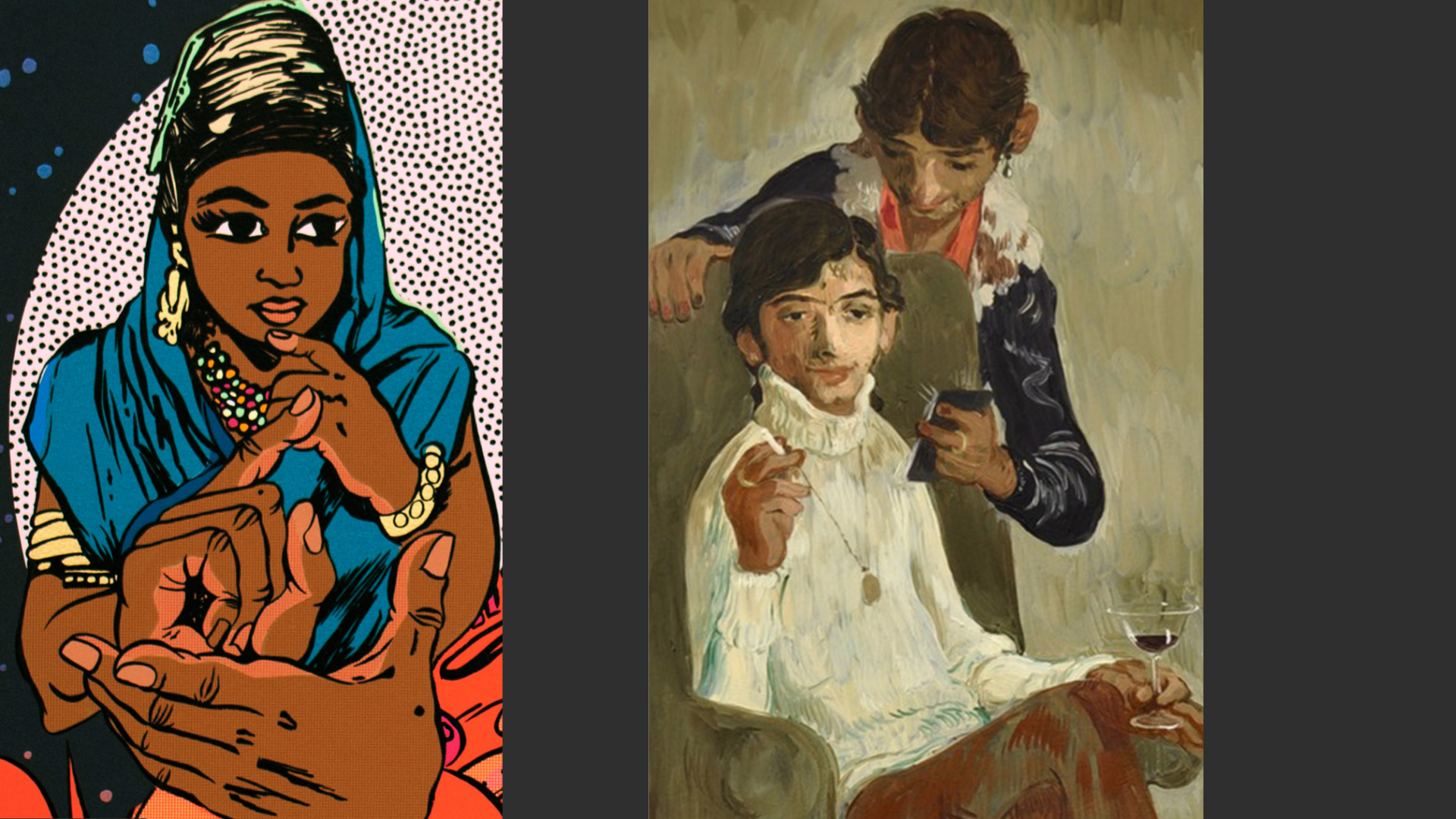 The Third Space:
Identities of The Hybrid Canon

This book design project is linked to my interest in exploring brand design in spatial contexts. The Third Space: Identities of the Hybrid Canon is a fictional art exhibition featuring 8 artists whose works use the lens of identity to explore the space existing between the Western and Non-Western Canon of Art; a hybrid space spanning different races, cultures and points of view. The project involved creating a catalog featuring essays and interviews, artist sections, lists of featured works as well as exhibition histories. 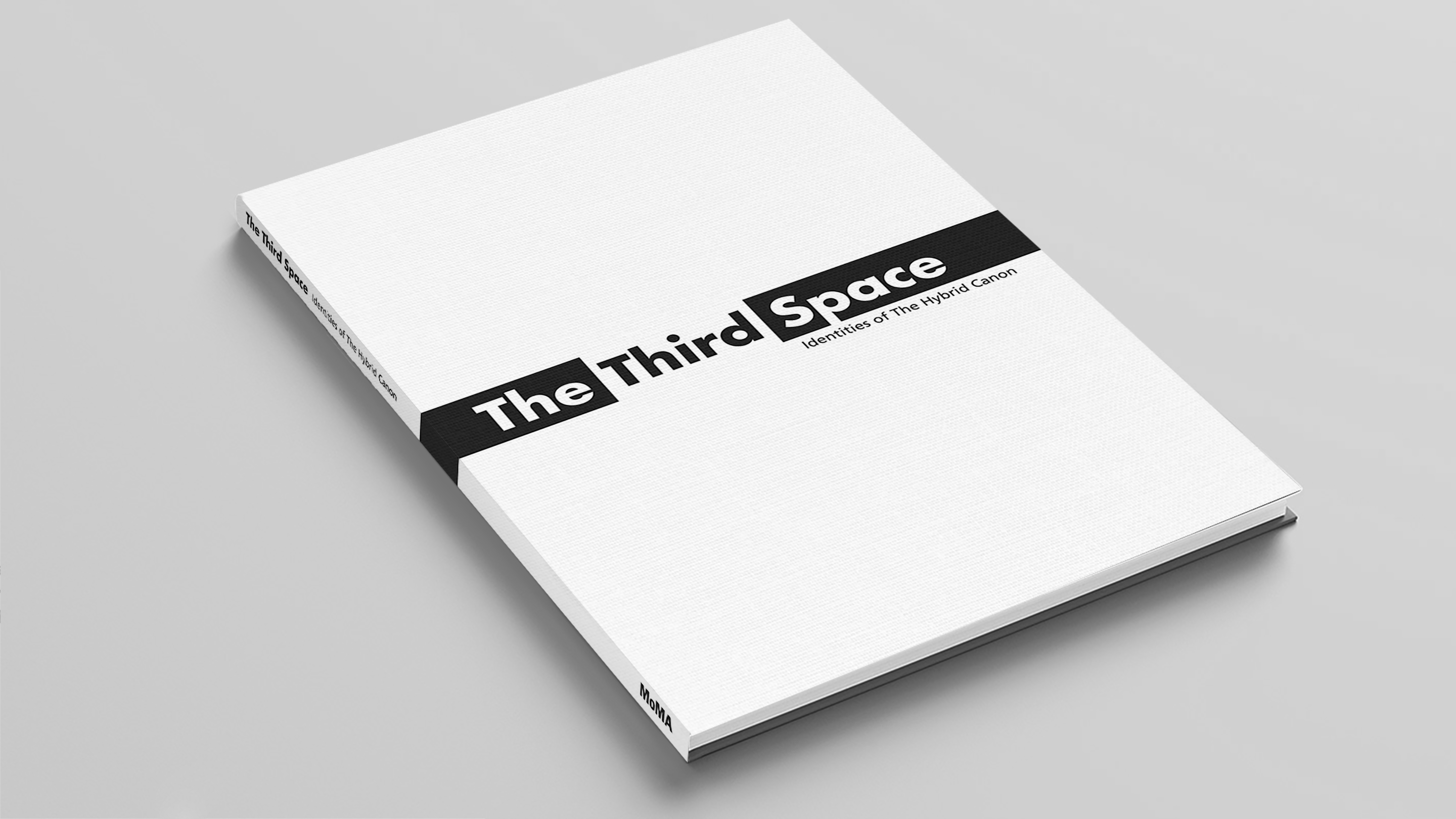 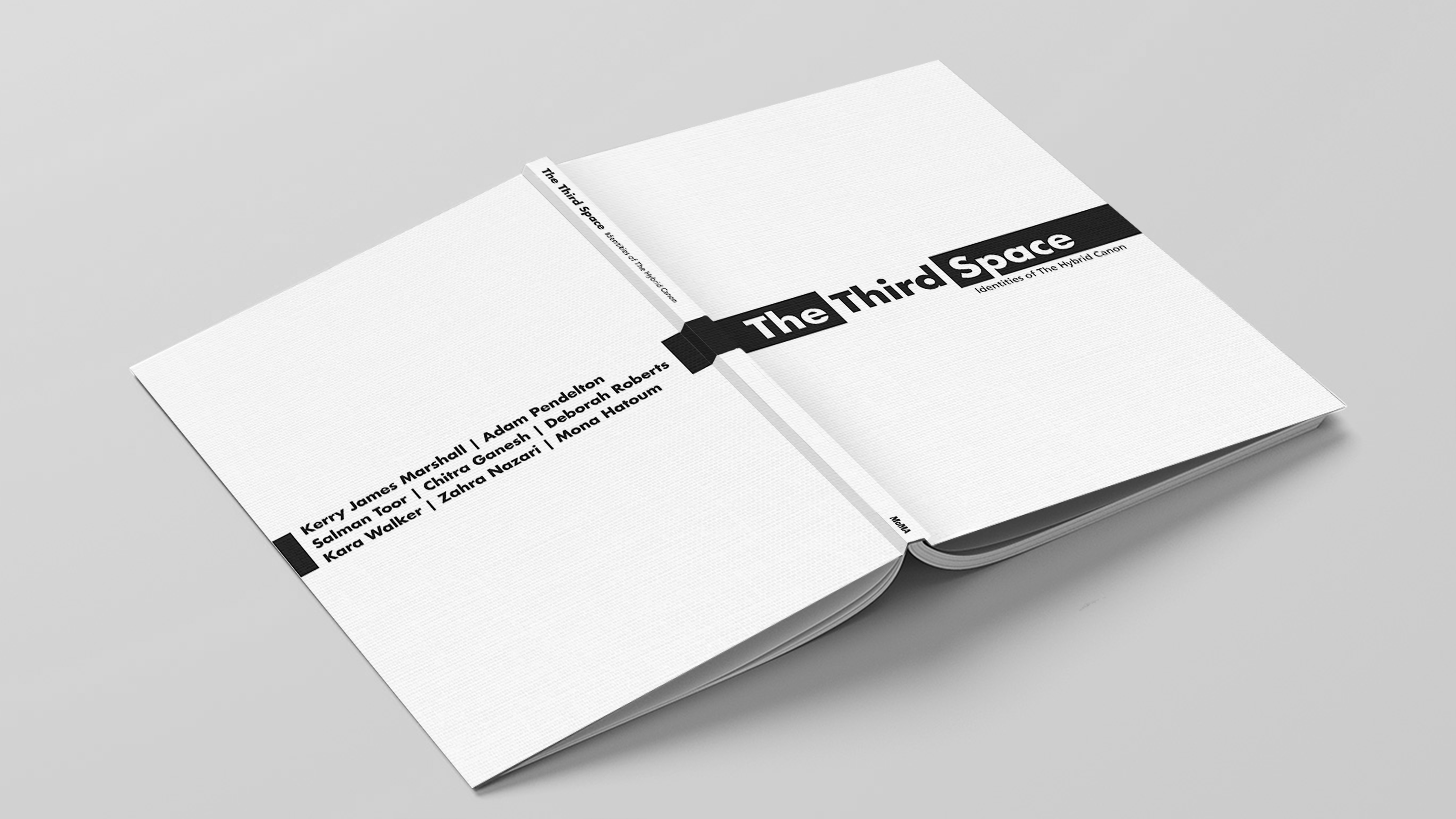 Mockups of the covers of the book. The use of black bars and the typography placed between them ties into the book's concept of the artists' work existing between established spaces.

This project was inspired by the concept of liminal space, of what exists in between spaces both geographical and social. I was interested in how such a concept can be made visual to showcase work that is the product of being in-between two established canons of art. 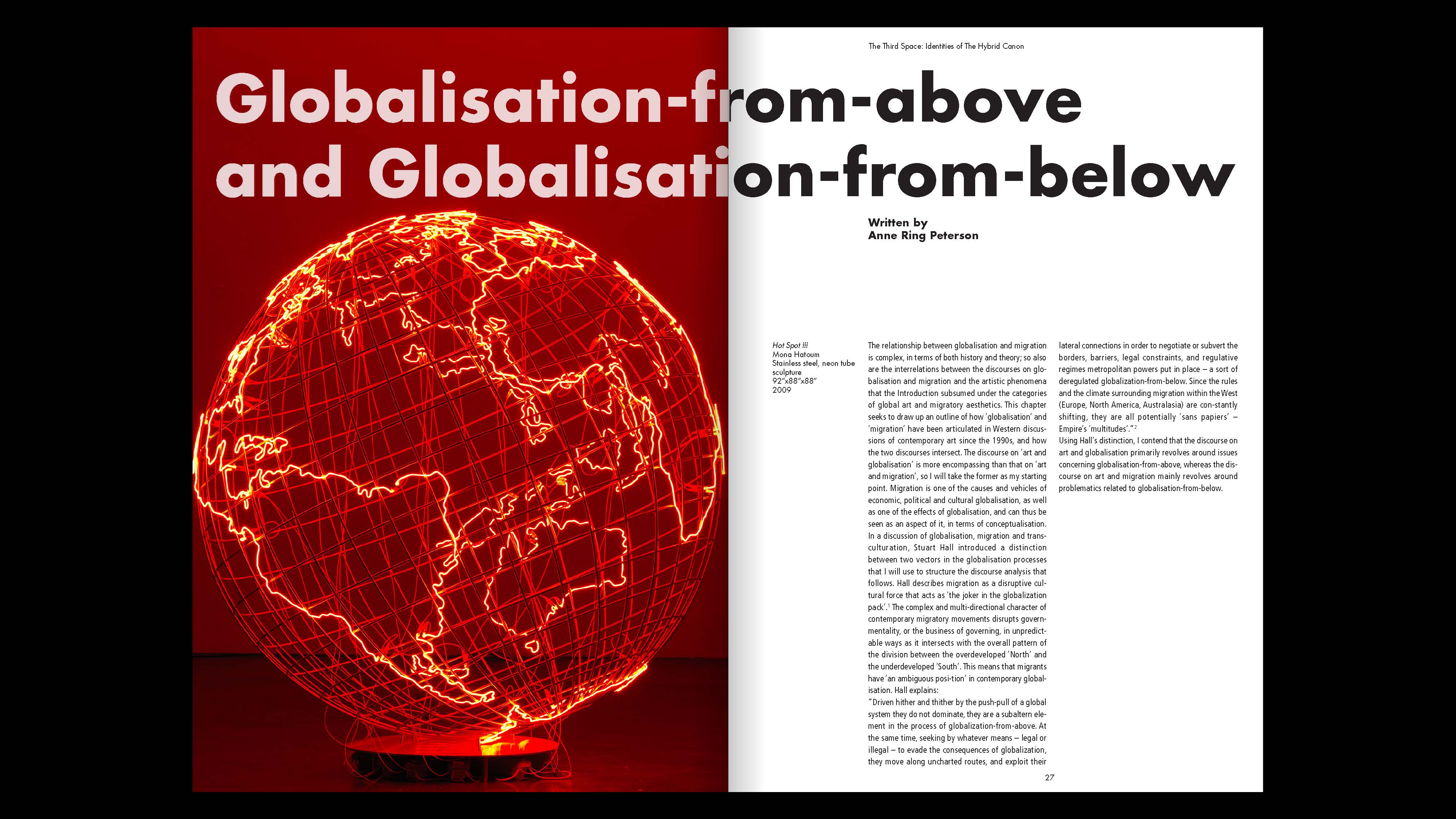 A spread showing how a chapter opens in the book. The idea of liminal space is explored in how the chapter's name extends across the spread. 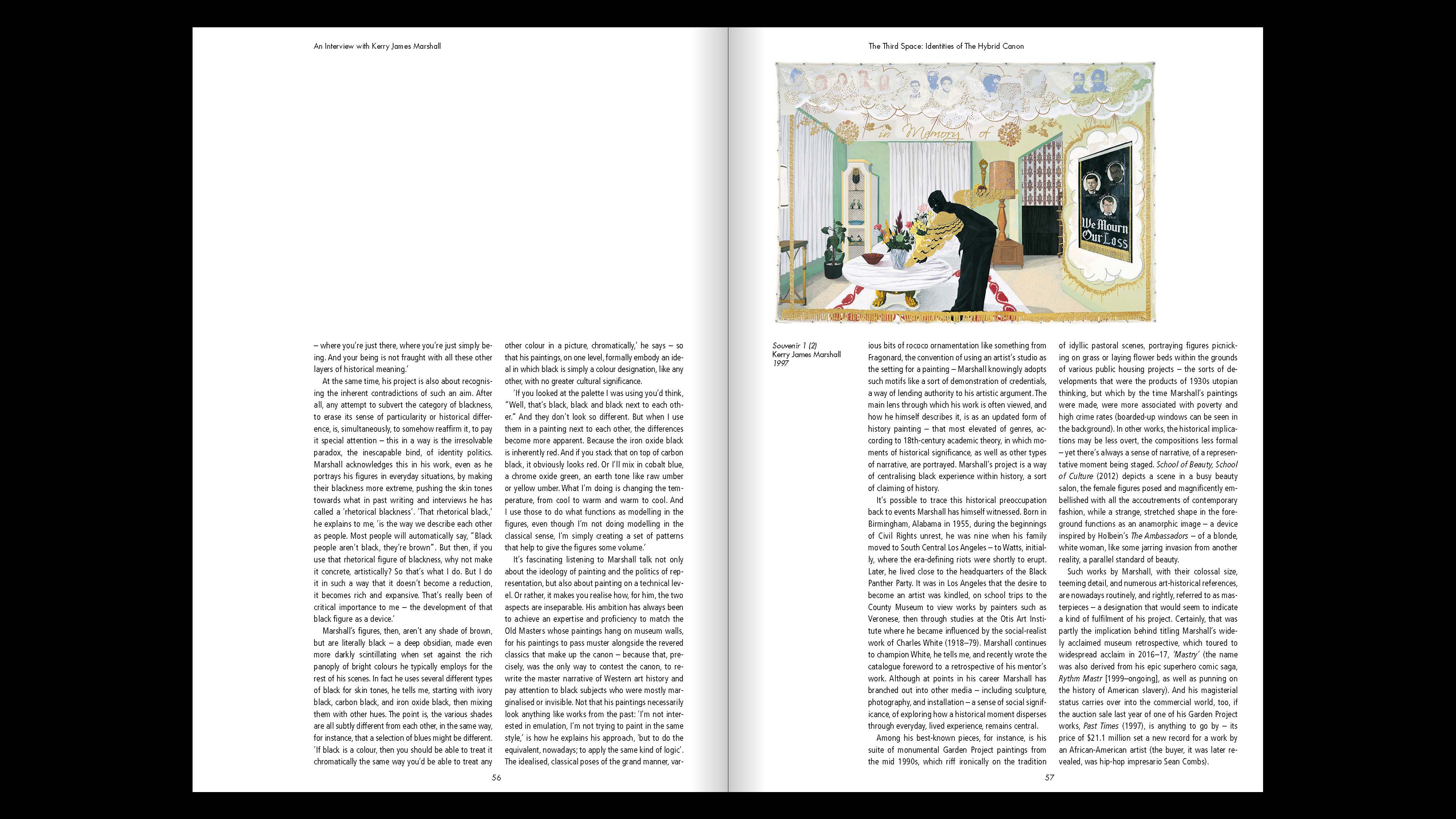 A spread showcasing how text, captions and imagery work within the established visual system. 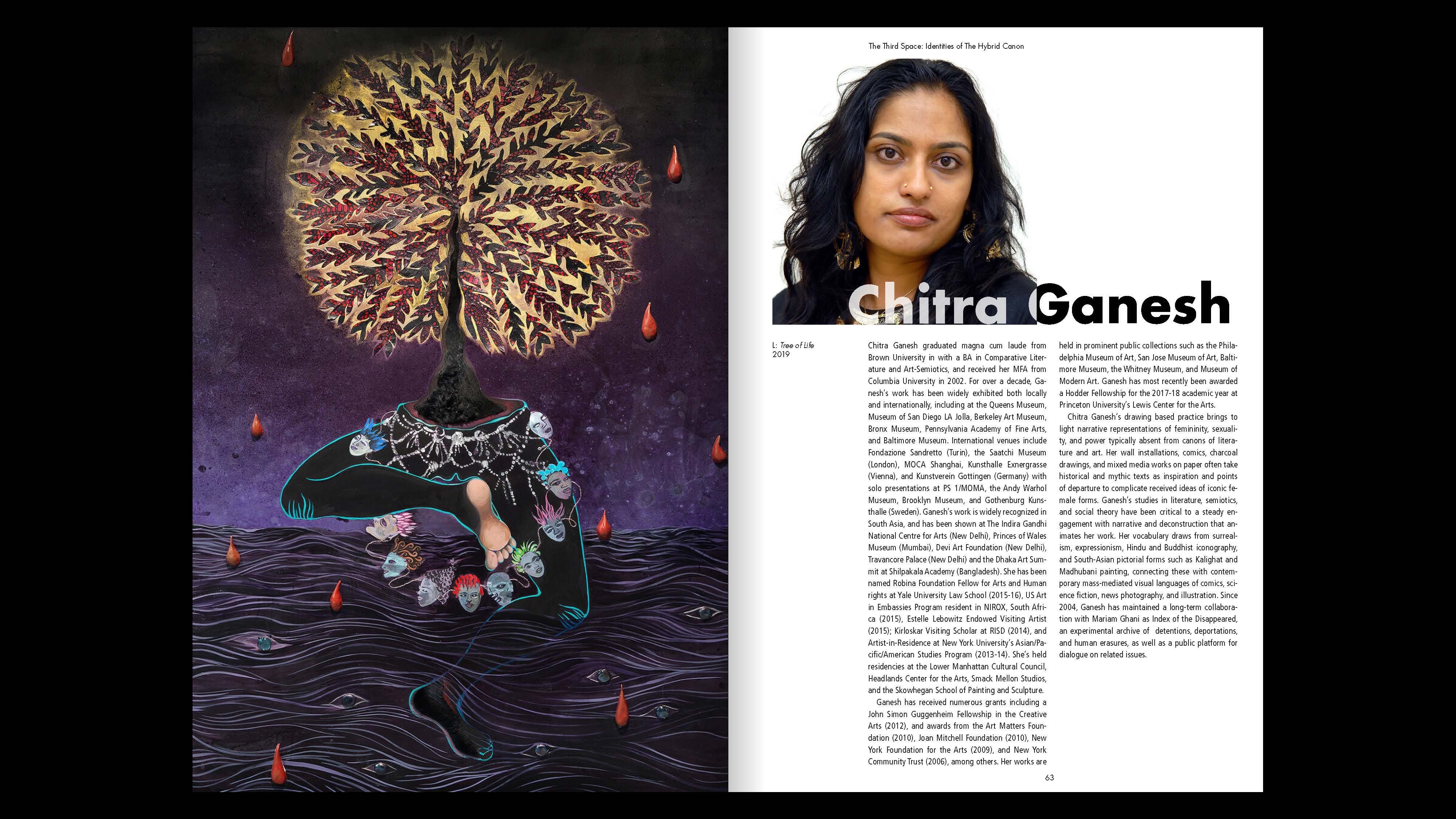 Each artist featured in the book has a section dedicated to their work. The typography overlapping the artist's portrait ties back to the visual concept of liminal space. 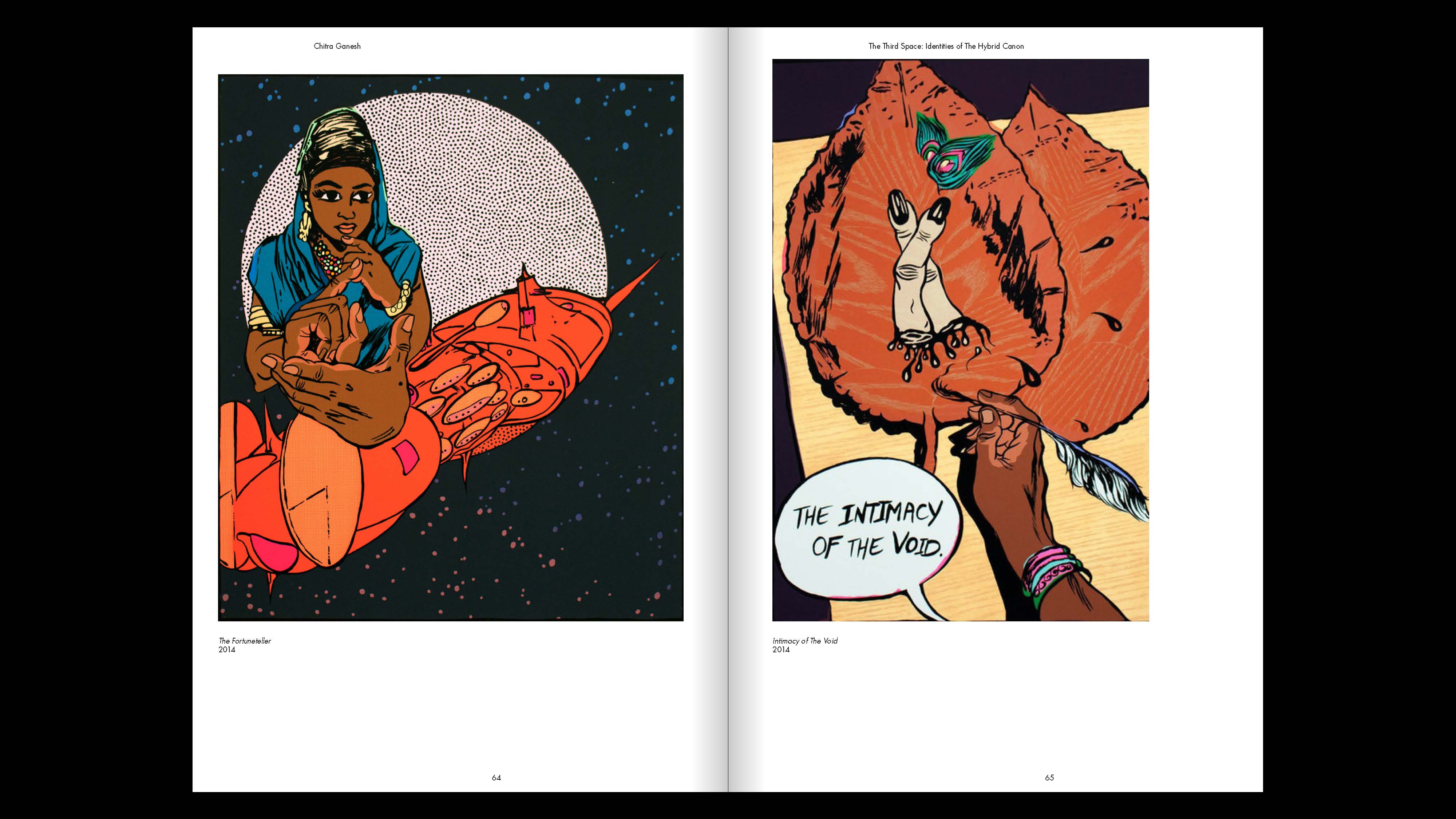 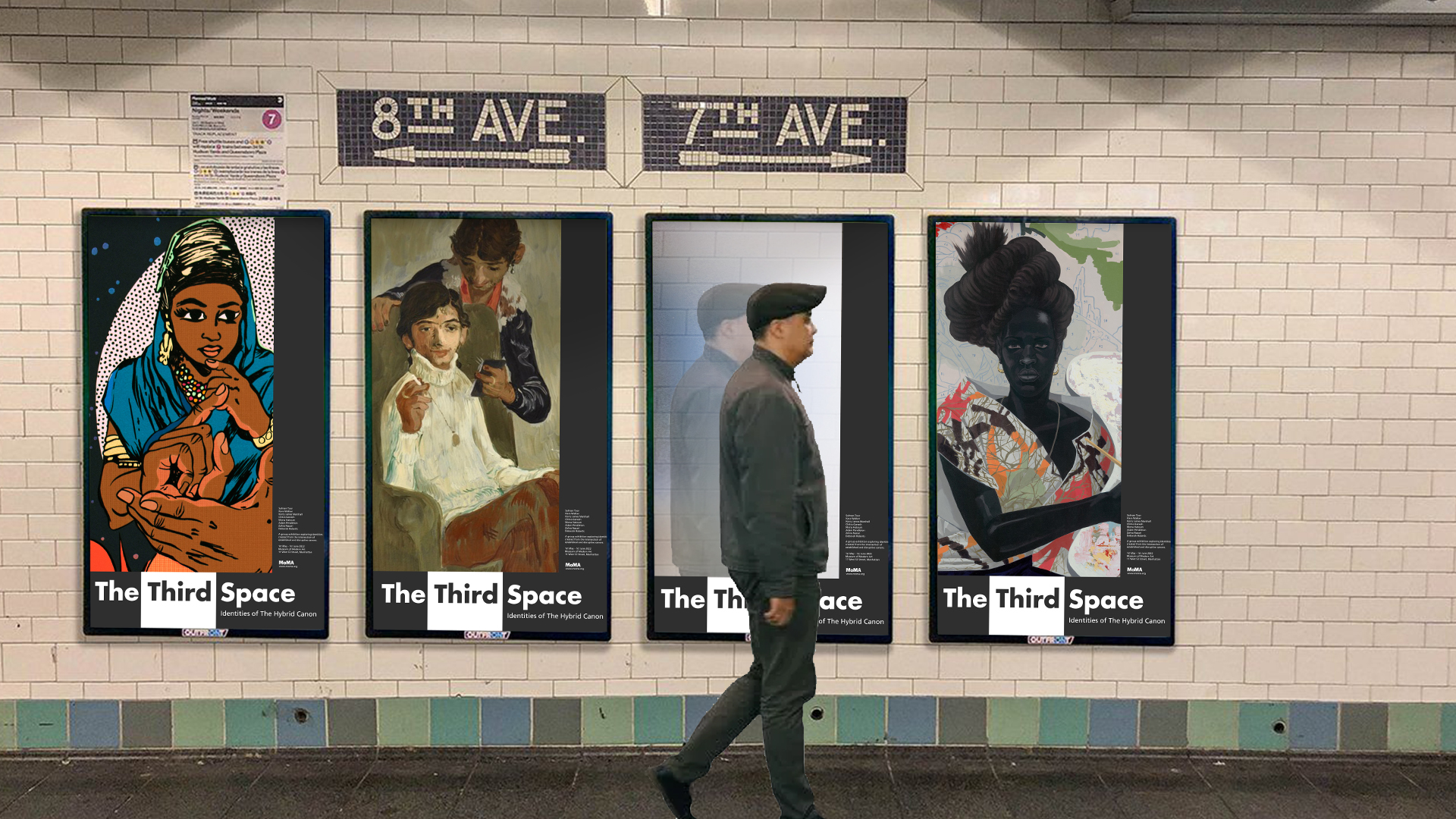 Promotional posters for the exhibition may be placed in areas with heavy pedestrain traffic such as subway stations.

I proposed the exhibition take place at the Museum of Modern Art (MoMA) in New York City, NY. It is a densely populated location with people from all over the world. The multi-cultural nature of both the exhibition and its location led to the creation of a poster series where one can see themselves reflected and represented in them. 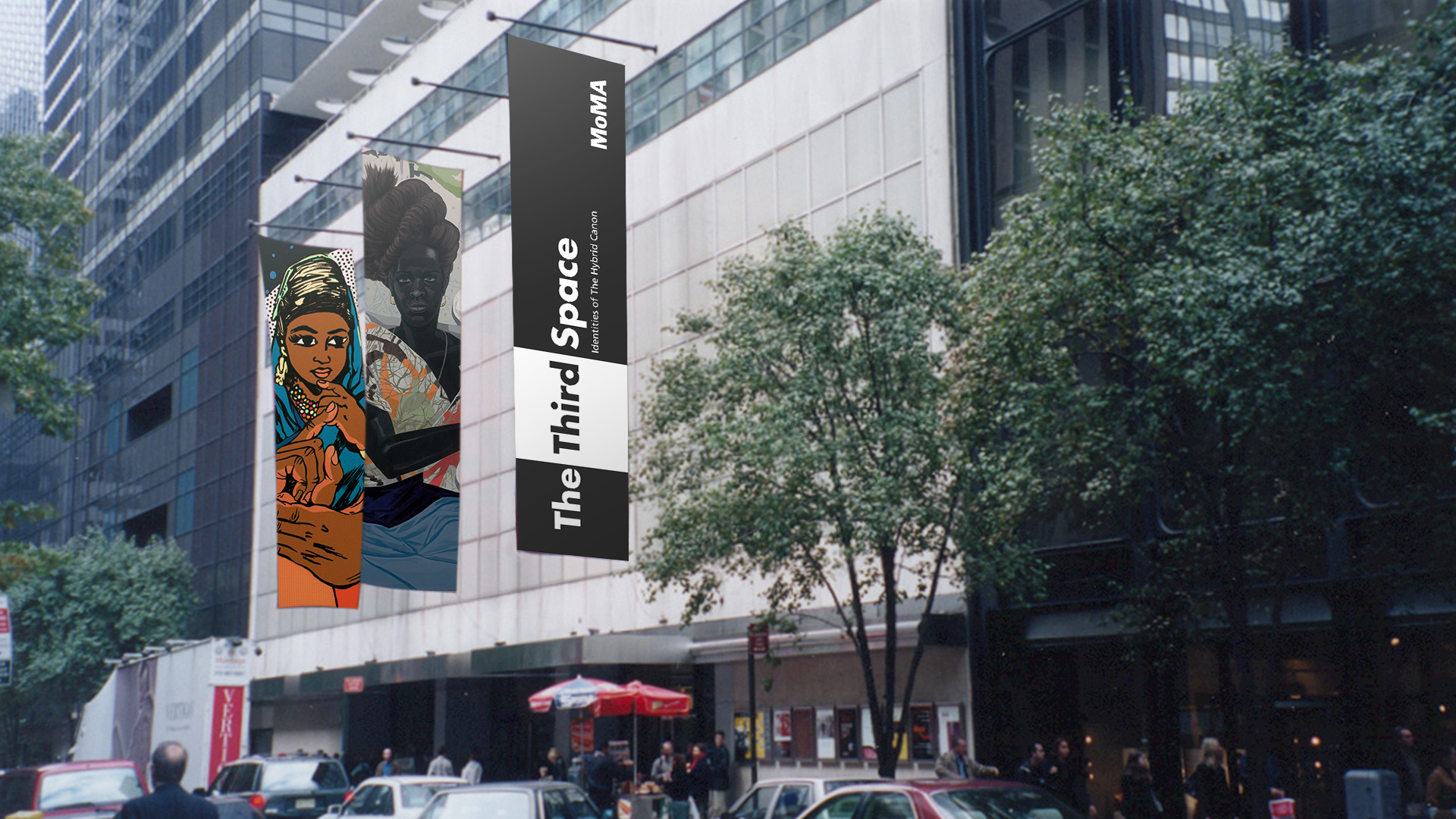 A mockup of how the images and visual language of the book and exhibiton may be represented at MoMA's exterior. 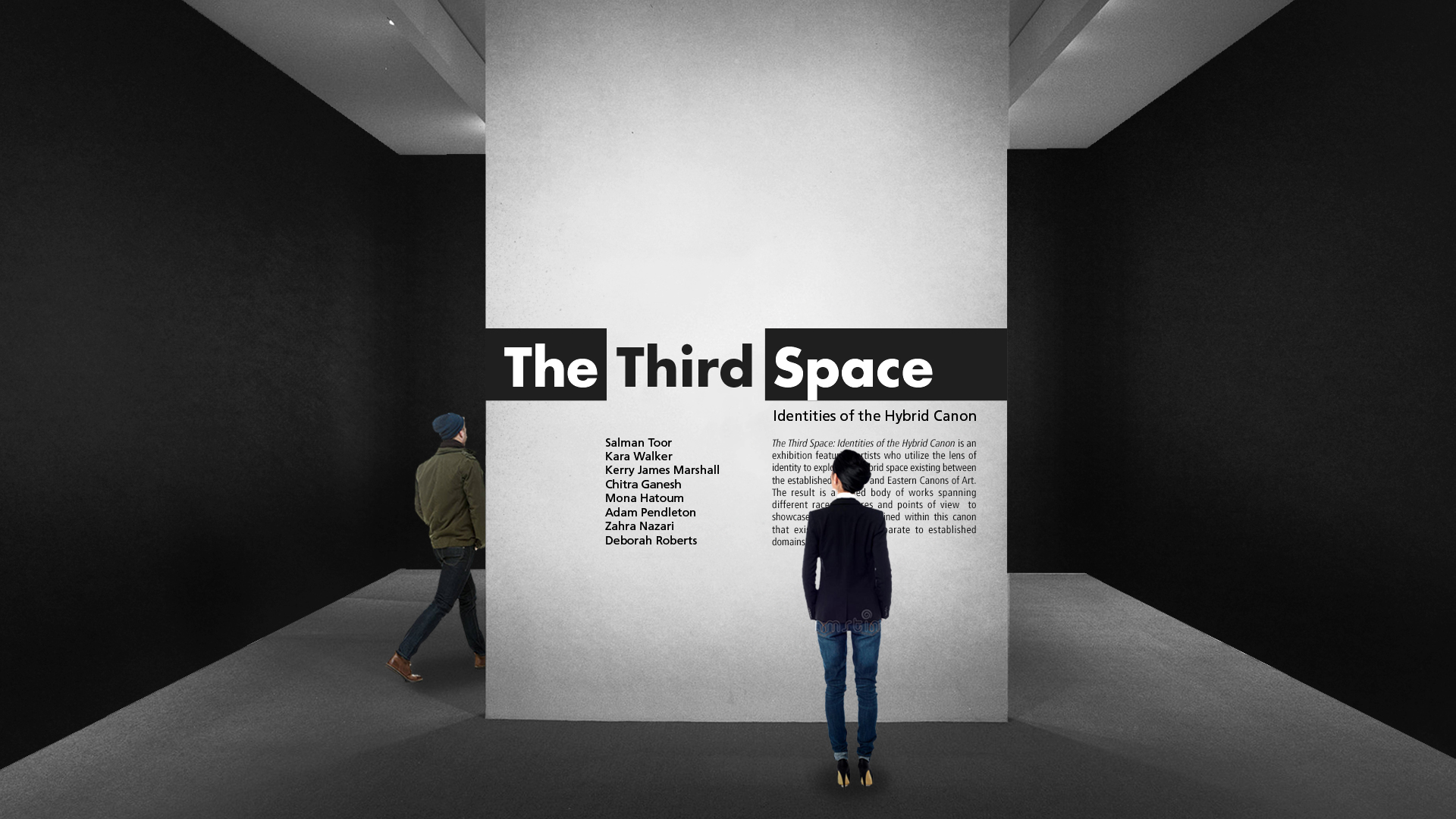 A mockup of the entrance to the exhibition. The central wall evokes the visual language of the overall identity in how it divides space. 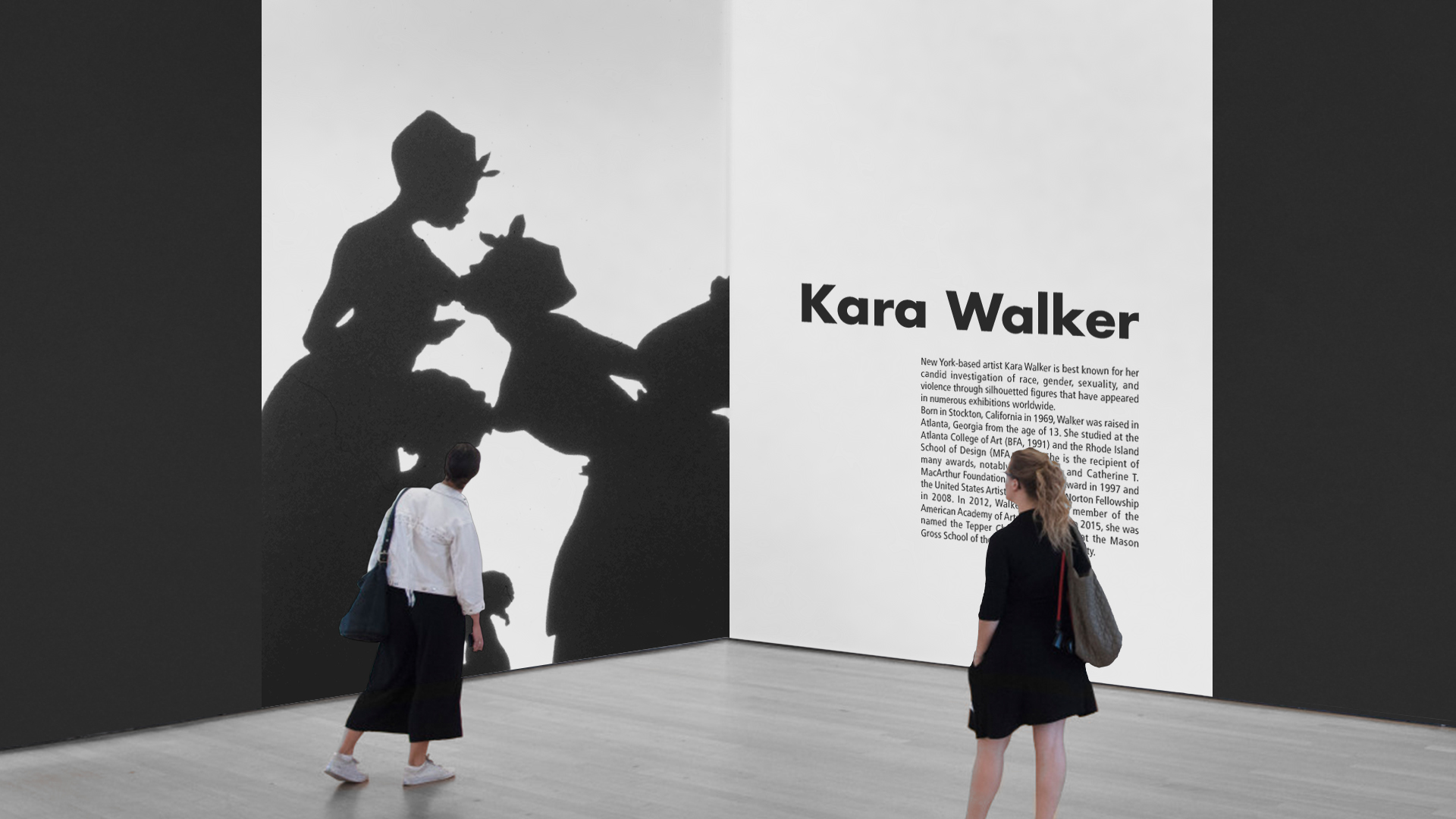 An example of how audiences may be introduced to a particular artist's work at the exhibition.