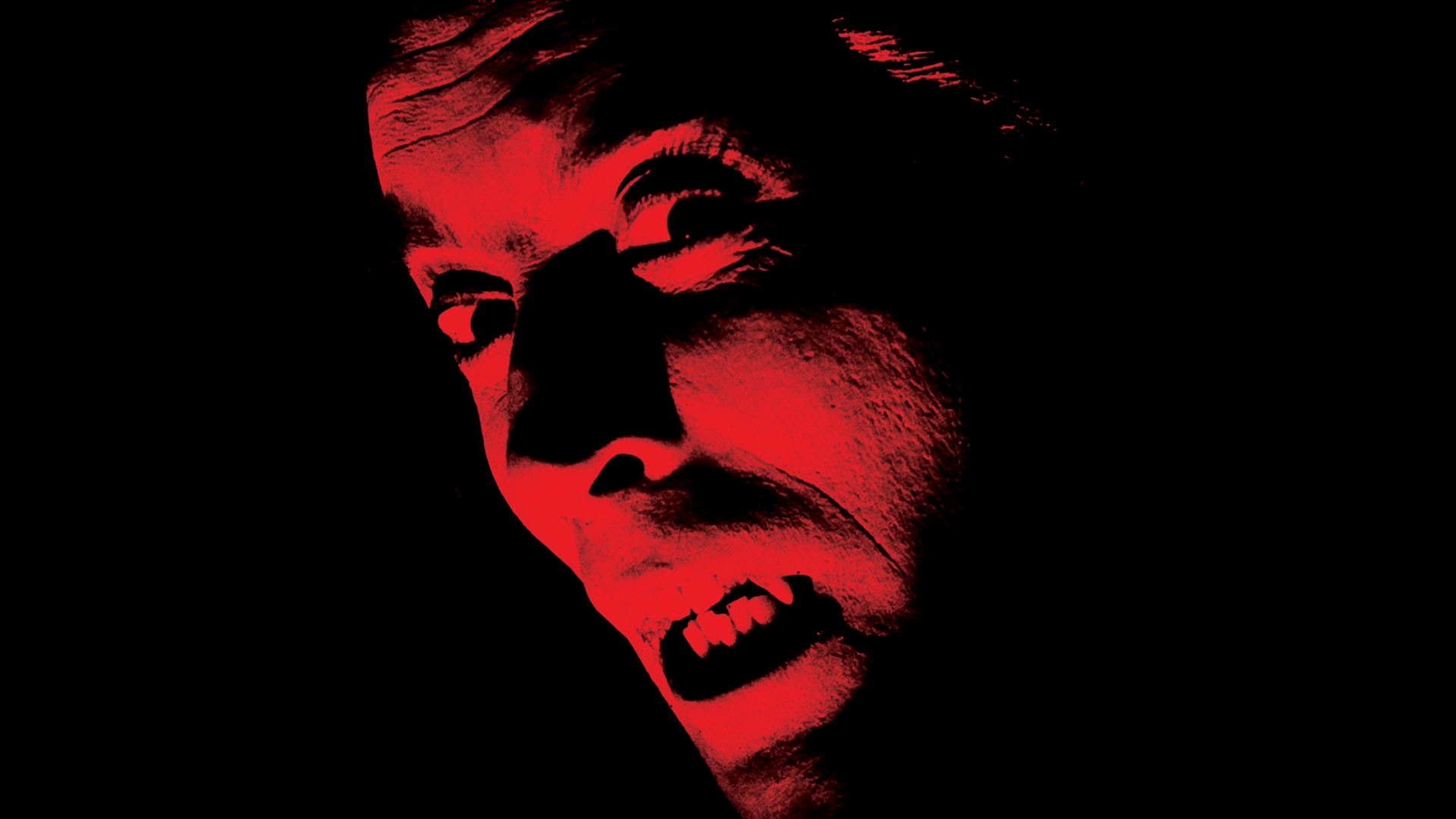 Oh, The Horror!
The History of Hammer Films

This project exhibits my interest in entertainment history. This book covers its beginnings in the 1920’s and rise to cultural prominence in the late 1950’s. It provides detailed accounts about the production of popular films such as The Quatermass Xperiment, The Curse of Frankenstein and Dracula. The addition of behind-the-scenes photographs, ephemera and an extensive filmography make it an excellent addition for any film, horror or Hammer Films enthusiast. 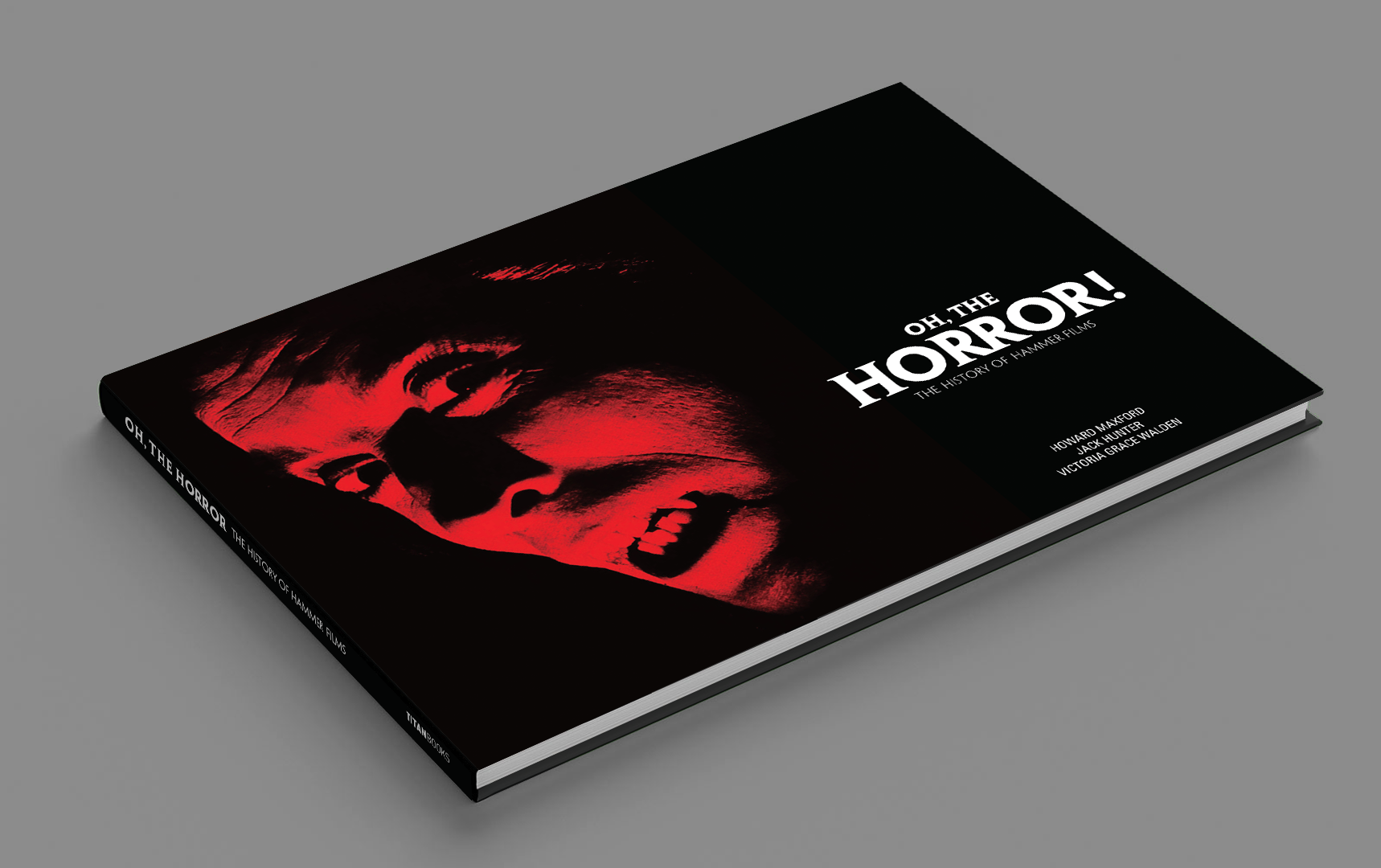 Front cover of the book. The red image of Count Dracula (portrayed by Christopher Lee) against a black backdrop makes for a cover that is as ominous and threatening as it is inviting.

The project is aimed at people interested in film history and horror media. It was inspired by my curiosity about horror films, using the project as a way to create a designed object all the while learning more about this specific era of film and horror history. It showcases my skills in collecting and arranging text and visual content in a sequence suited to the print format. 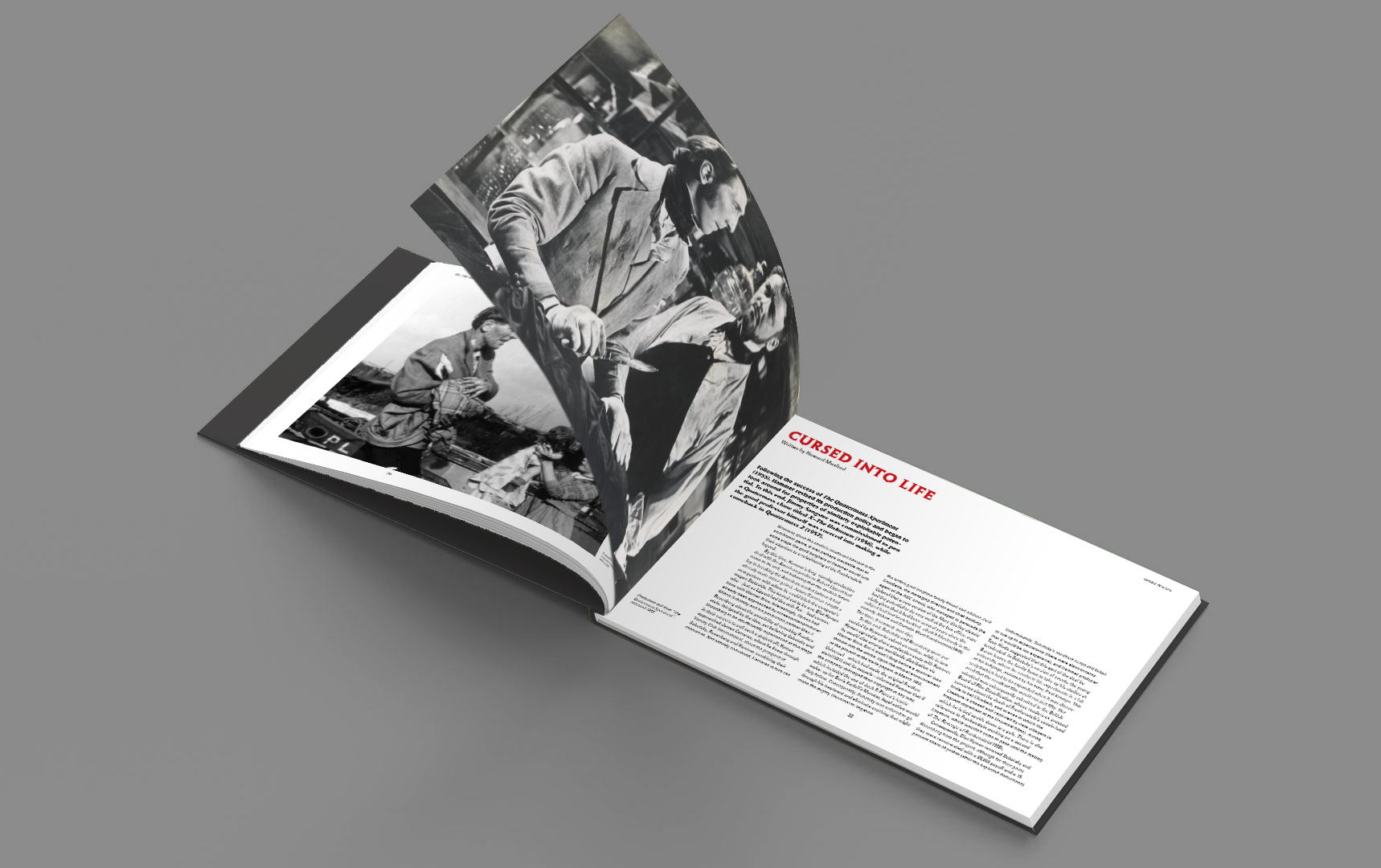 Example spread of the opening of a chapter. Each chapter opens with a still from the film being discussed, immersing the reader into the story behind the production of said film. 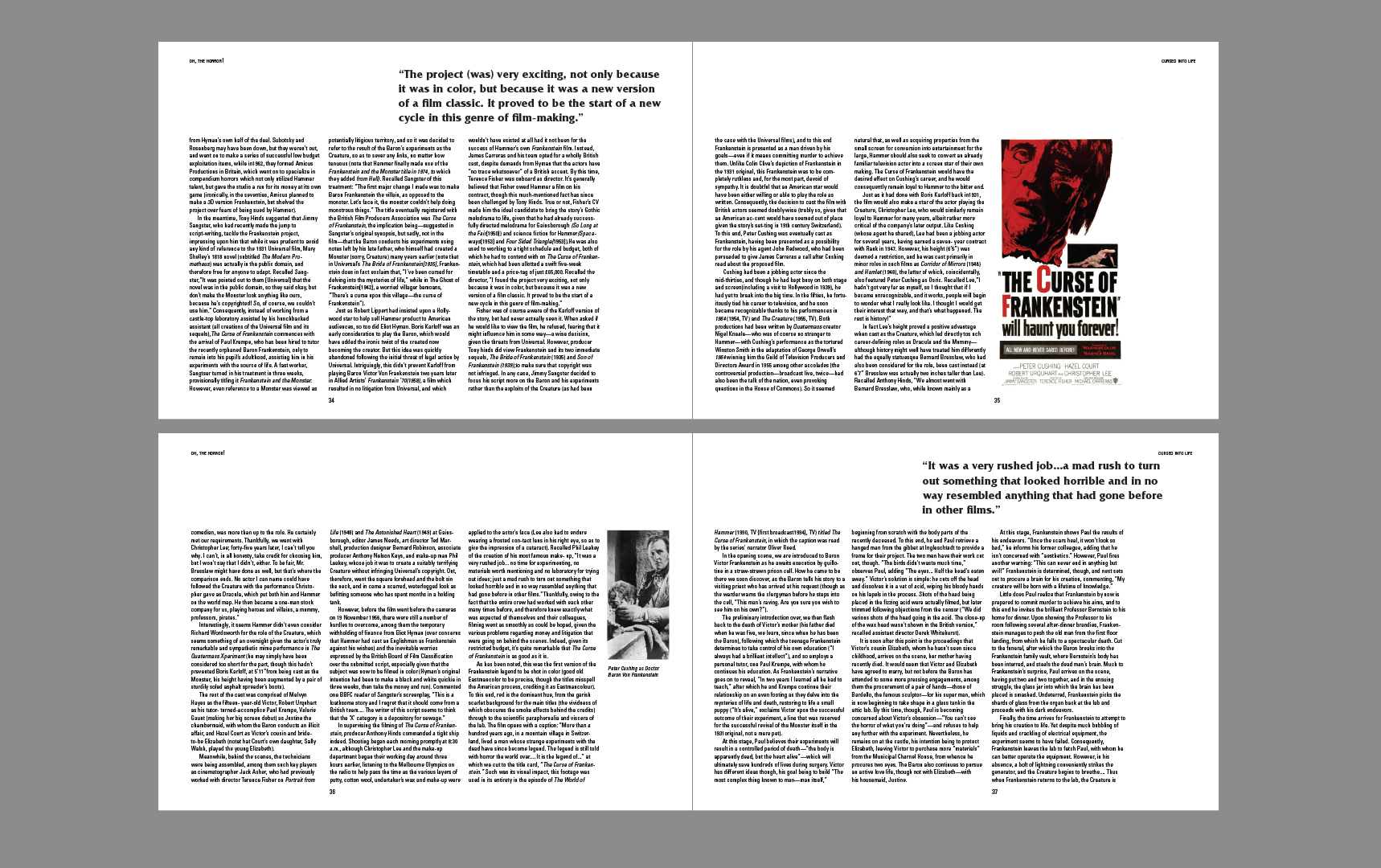 Examples spreads from one of the books chapters. This showcases how text, images and pull-quotes relate to one another. The use of landscape orientation for the book reflects the film-related subject matter of the book. 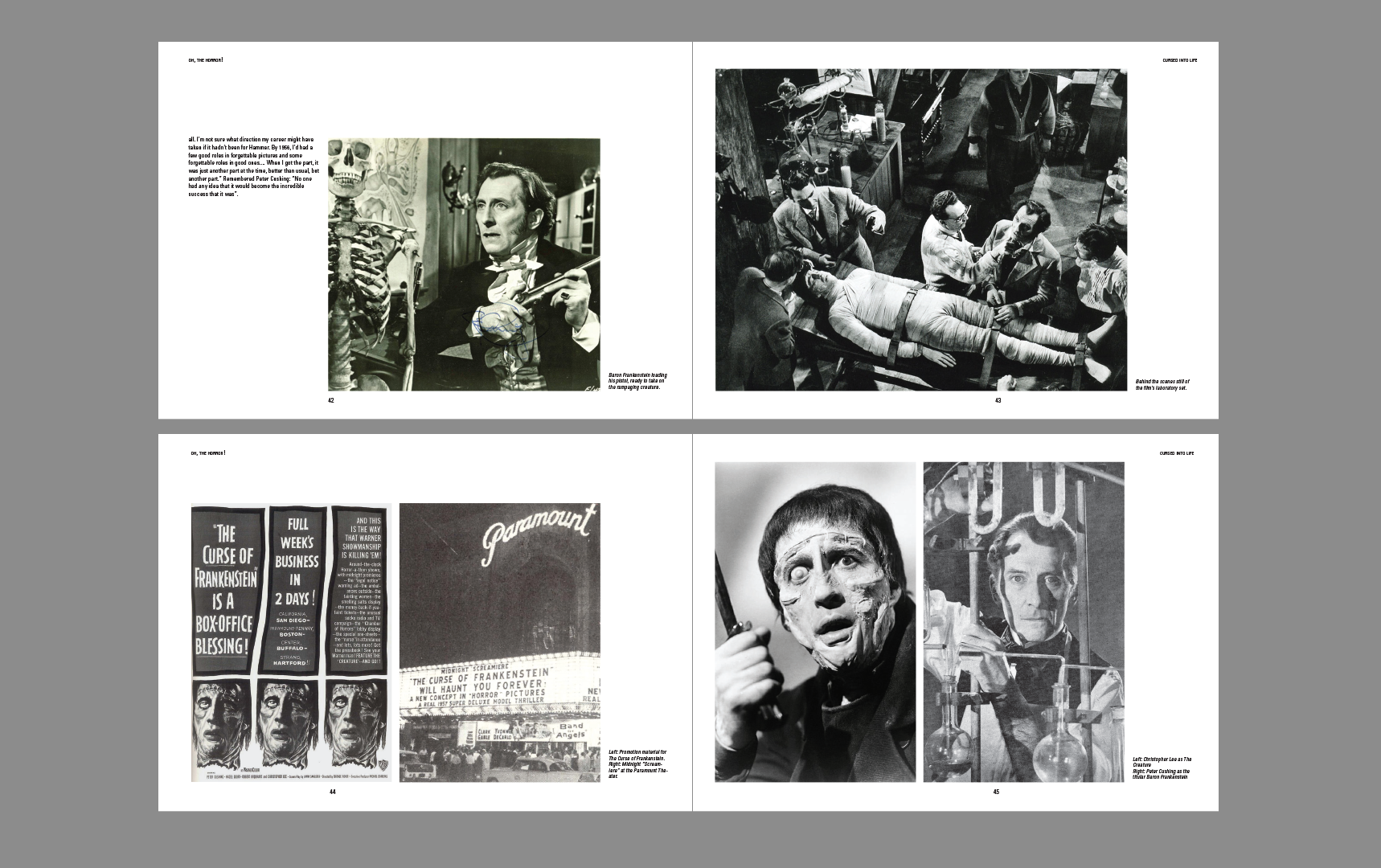 At the end of each chapter is a section featuring images of ephemera particular to a given film, as well as productions stills that provide a glimpse into what went on behind the scenes. 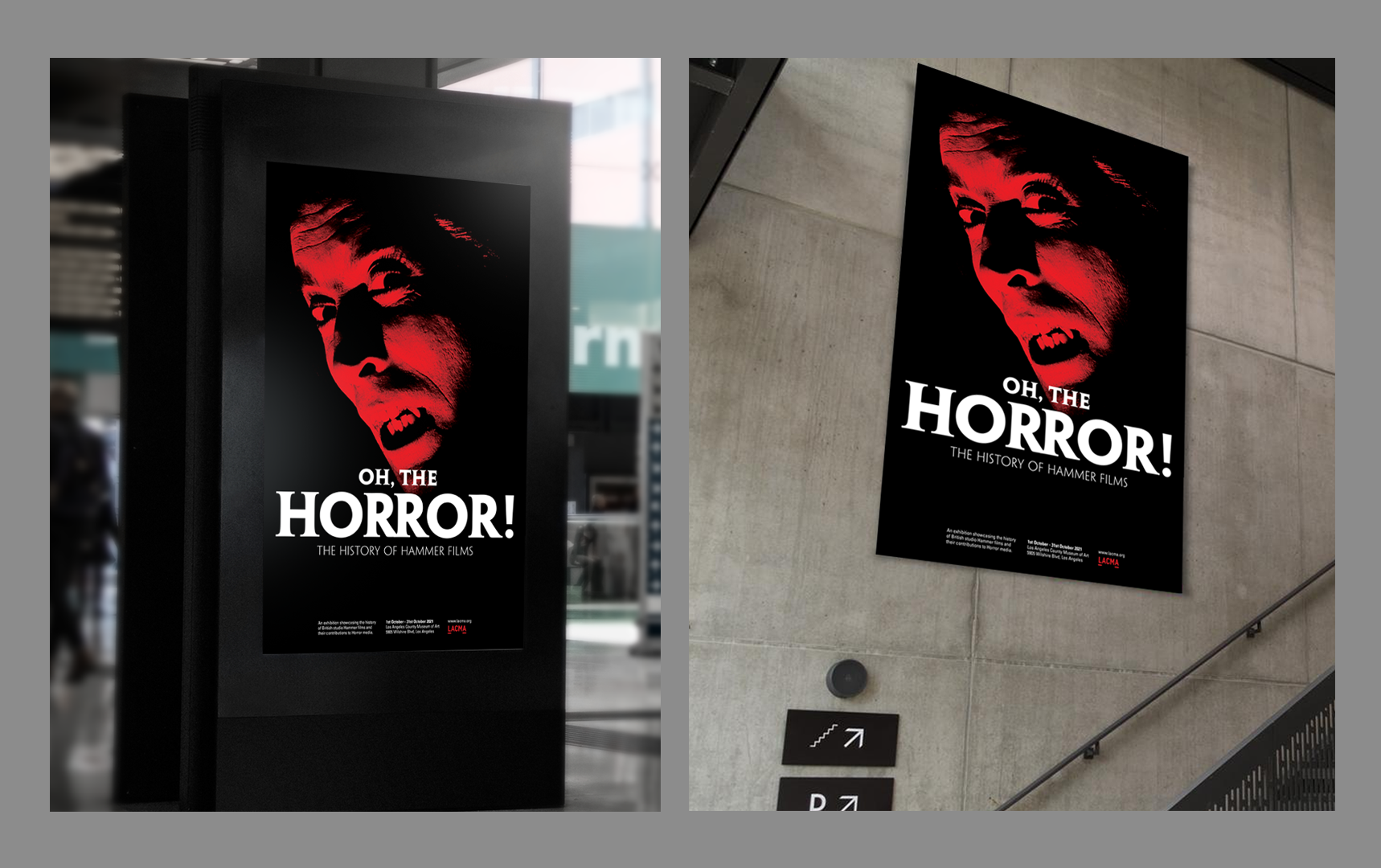 The book may be paired with an exhibition. Here we see theposter for such exhibition present in public contexts. 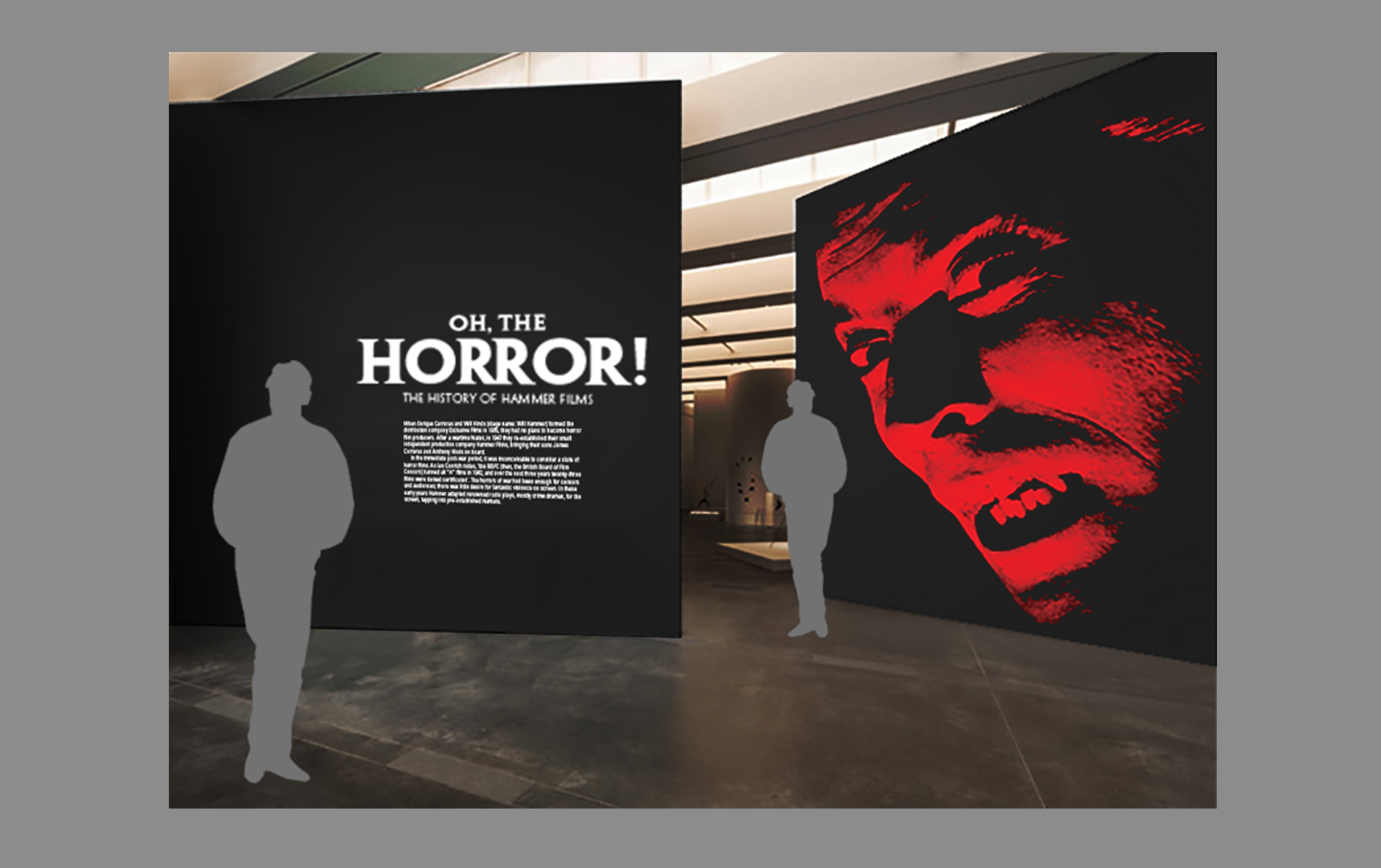 This image showcases a proposed entry space for the exhibition. The same visual treatment of a looming red figure is extended here as well to invite audiences in.